Self Publishing of my very first english “piece”.

Acá no pasa nada. Nothing ever happens here.

Why the right to the city should be the next gender equality conquest.

I love walking alone in Tepoztlán at night, enjoying the smell of jasmine, feeling the cobble stones under my feet. The pleasure of walking becomes the bodily pleasure of time. It’s not just moving from one place to another. It’s the exercise of thinking while exploring the world.

While in Mexico City, I’m used to walking on the street and scanning my rapeability in the territory around me. Whether to walk, especially after sunset, has become a matter of self-negotiation. I avoid going out at particular times and places. I am building my own modern version of segregation and making it my new normal. But that’s how things work, don’t they?

If we are not able to move freely, how can we express ourselves freely? That’s the question I want to pose to different women here in the quite village of Tepoztlán, Morelos, a state that in 2015 the Commission for Human Rights (CIDH) marked with a red alert on feminicide.

So, I’ve made my agenda to walk and talk to them. Janet is a British expat living here with her husband Doug. I suspect that the Botero I saw in the bathroom is an original one. She tells me she’s never really experienced fear. Maybe once, the time they were robbed. She saw the thief holding a knife in her garden. She was scared. Since then they’ve planted some blueberry bushes outside the main door. They look nice, so much better than the broken glass on the top. I agree.

Terry has been her housemaid for nine years now. She also feels safe in the community. “If there’s someone robbing, the neighbors are always monitoring”. She is a Tepozteca in her forties with strong shoulders and a sensitive sight. “My fear is to get ill and not to be able to work and support myself, and now with the gasolinazo and the economic crisis I fear it even more”, she tells me when we move to the garden. She sits in her favorite corner of Janet’s house. “Sometimes I fear being alone when my partner goes to Canada. He goes there every year for some months, to work. But then I see the mountain of my village and I think I am really lucky. I live in a real paradise on earth”. Yes, it seems like one, at least one free of any gender trouble.

To make sense of this red alert, I walk to the DIF (Desarrollo Integral de la Familia), a governmental institution in charge of social integration at the center village. Daniela Roldan Portugal is a 30-year-old Tepozteca chief of the Gender Department. She tells me the routine story, about their seminars, workshops, and then numbers numbers numbers… Statistics are used to justify, to denounce, to gain your trust, and in this case, to not make waves. But numbers don’t speak clearly to me, so I ask her ex abrupto “Why is there a red alert on Morelos? From the testimonies I’ve gathered Tepoztlán seems to be the safest place for a woman”.

After an almost awkward silence, “Mmm…Because Tepoztlan is not Juarez, violence here, comes from partners or ex partners. Out of the 100 female victims, just 20 of them are going to denounce domestic abuse before the Justice Center in Cuernavaca. The other 80 decided to rely on their own family network, some maybe will ask for a legal support to the Fiscal Office of the municipality, an institution involved just in civil – not penal – matters”. More numbers, but this time I listen to them: it’s her personal human statistic.

“So, these 80 women that decided not to denounce, are they registered in the statistics about gender violence in the State?”

Putting my notebook in my bag a question comes to mind: “How old are they, like typically?”

“All ages. But a lot are in their fifties. These are women that have suffered violence for decades”.

Adriana Mujica is someone I really must get in touch with. She was the head of the Women Institution of Morelos (IMEM) from 2012 to 2014. I phone her, and I almost can’t introduce myself. She starts speaking like a bull entering the arena: “the red alert is an underestimation of the phenomenon: the real number of abused women is much higher. But the municipality itself is not taking it seriously. When I was at IMEM the founding we received weren’t sufficient. PAN or PRD, it makes no difference which party is in charge. After the red alert, they were suggested to activate some measures, like creating a database, funding more money for legal and psychological support. They didn’t do anything at all”, she seems frantic, “for two years I’ve tried to change something. Just before starting my job, I knew that the old director and his staff attended a case of a pregnant 10-year-old. Abortion in Morelos is illegal, but there are circumstances like rape – and here it was evident”. The vocal tone is one of a hush-hush moment, “they talked to her about the joy of maternity, even involving a priest, and she had the baby. No one at the governmental institutions is capable of solving these kind of situations: they have no gender know how. And I can tell you that since I went away nothing is changed”.

To verify Adriana’s words my next step is consulting the new director of the institute, her name: Maria Teresa Dominguez.

“How is IMEM working?”, I ask briefly after a likeable introduction in which we agree on being informal. The phone-talk follows with a series of percentages. Purloining her words and all these statistics I assess that the answer is ‘yes, it’s one hard world but we are striving’, más o menos.

Investigation flows to Karina Vara. I visit her home, where this 36-year-old dentist lives and works. She is one of the more active participants of “Frente Juvenil en defensa de Tepoztlán”, an association that stands for the rights of Tepoztlán, on issues that go from ecological preservation to gender.

Karina is also a member of MILC (Mujeres Indigenas Lideres Comunitarias) and founded the red Mujeres X Mujeres de Tepoztlán: “Soy Tepozteca y soy feminista”, she states. But what’s the point of being a feminist activist in Tepoztlán if it’s an oasis without violence?

“In Tepoztlán there’s always been the ‘Acá no pasa nada’ attitude. But Morelos has an alert state for feminicide. The statistics are unsure because many cases are considered passionate crimes. Here ‘couple’ rhymes with possession”. Karina is participating in different projects involving gender equality. But the true war is fought from the blue chair of her dental studio: “women of Tepoztlán know who I am and what I do, so while they are showing me their molars, they open up to me”.  From mouth to mouth she has heard of every type of violence, from women that don’t want a 5th child, but are obliged, from codependent and abusive relationships.

“Just one example: six months ago, Tepoztlán was the scene of a feminicide”. Karina started to tell the story until I stopped her: “they have just told me that the girl was killed by another woman as revenge”, she smiles at me, “gossip, chismes de lavaderos, it was her ex-partner. I’ll assure you”.

When this happened, last November, Karina and her companions organized a demonstration. «We were few, like twenty, and a girl came near me and told me sadly “I thought I’d find a lot of people. I came because I am a runner and I run early every morning. But now I can’t anymore, I feel insecure” ».

“Sometimes my mother warns me, ‘you’ll get in trouble if you keep doing this.’ But what do you do when a patient of yours shows up with her face swollen and tells you she doesn’t have a place to go because she is economically dependent? There is no such thing as a safe house for women here, so I stayed at my mum’s and gave her my place for a while”.

An old woman just comes in, and sits quietly under the main tree of the garden where there are three white plastic chairs. “I’m coming!” screams Karina. I know I do not have much time left. The sun is setting and all the three chairs are occupied now: “Here I am!” Karina shouted, and she escorts me to the door. “Two months ago, a very young Tepoztista working in a pizzeria in the center was beaten up by the owner of the place with whom she had an affair”, Karina said to me while opening the gate. “Now her spine is compromised. I think you should talk to her and her mother, I’ll send you a message after”, she kisses me and run to her patients.

“We absolutely need a statistician in this open air dental studio”, I think while I’m walking back home. 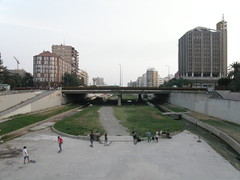